DirectCore® software is a shared library module, part of the SigSRF software SDK ◳. DirectCore is deployed by Tier 1 carriers and LEAs as part of SBC, media gateway, and Lawful Interception applications. SigSRF software, including DirectCore, is the basis of the DeepLI™ Lawful Interception solution, which is deployed by FBI level LEAs and thus indirectly used by carriers, ISPs, and IMs such as Skype, Google Voice, and WhatsApp. DirectCore currently supports Ubuntu, CentOS, and Redhat Linux, providing key SigSRF functionality:

As expected in high level Linux applications, DirectCore allows true multiuser operation, without time-slicing or batch jobs. Multiple host and VM instances can allocate and utilize c66x resources concurrently. How this works is described in sections below (see DirectCore Host and Guest Drivers and DirectCore Libraries).

DirectCore merges all c66x cards in the system, regardless of number of CPUs per card, and presents a unified list of cores. This is consistent with Linux multicore models and is required to support virtualization. Most DirectCore APIs accept a core list parameter (up to 64), allowing API functionality to be applied to one or more cores as needed. Within one host or VM instance, for cores lists longer than 64, multiple "logical card" handles can be opened using the DSAssignCard() API.

DirectCore drivers interact with c66x PCIe cards from either host or guest instances (VMs). Host instances use a "physical" driver and VMs use virtIO "front end" drivers. Drivers are usually loaded upon server boot, but can be loaded and unloaded manually. Some notable driver capabilities:

DirectCore libraries provide a high level API for applications, and are used identically by both host and guest (VM) instances. Some notes about DirectCore APIs:

Below is a diagram showing where DirectCore libs and drivers fit in the server HPC software architecture for c66x CPUs. 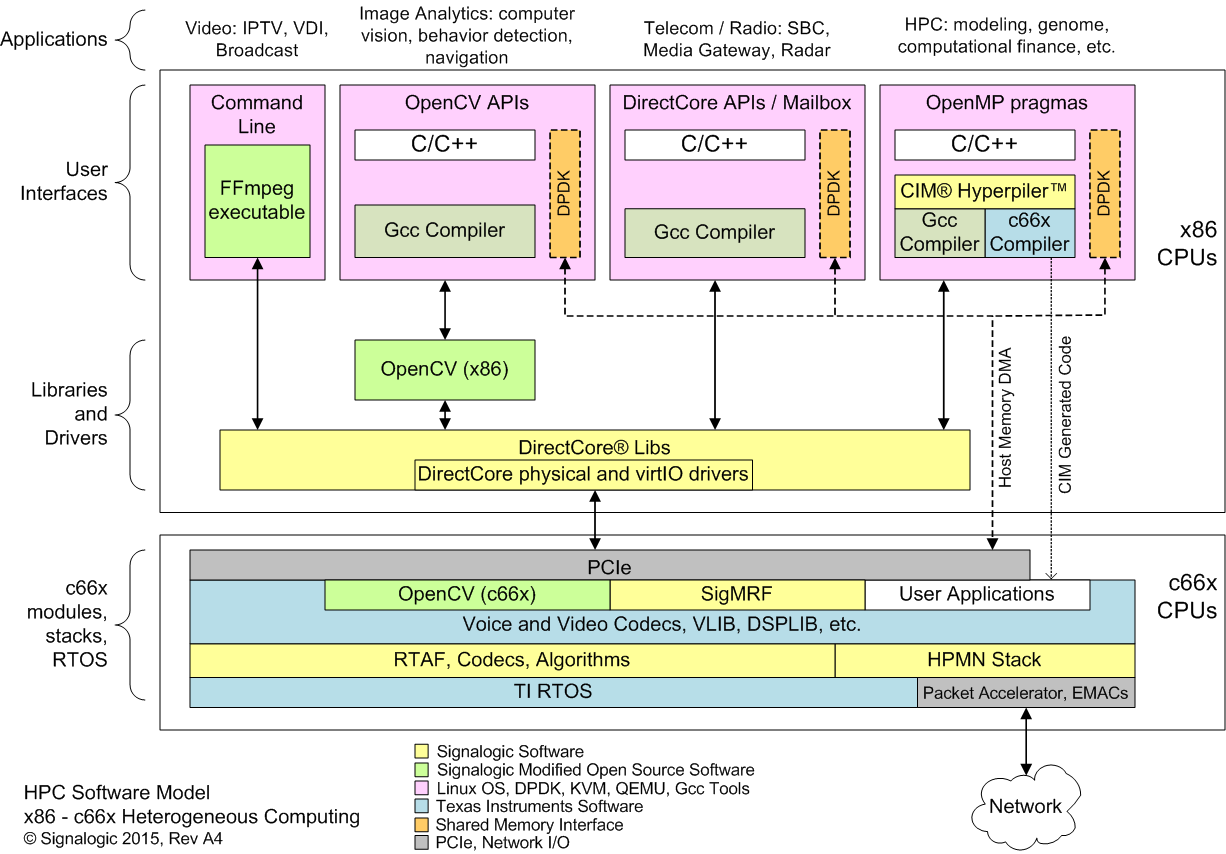 Some notes about the above diagram:

For non-transparent, or "hands on" mode, the source example below gives a minimum number of DirectCore APIs to make a working program (sometimes called the Hello World program). From a code flow perspective, the basic sequence is: > In the source code example below, some things to look for:

Source code excerpts with mailbox query and read API examples are shown below. Some code has been removed for clarity. These examples are processing "session" actions, for example a media transcoding application. Other application examples would include streams (video), nodes (analytics), etc.

The CardParams struct shown in the above "minimum" source code example is given here. 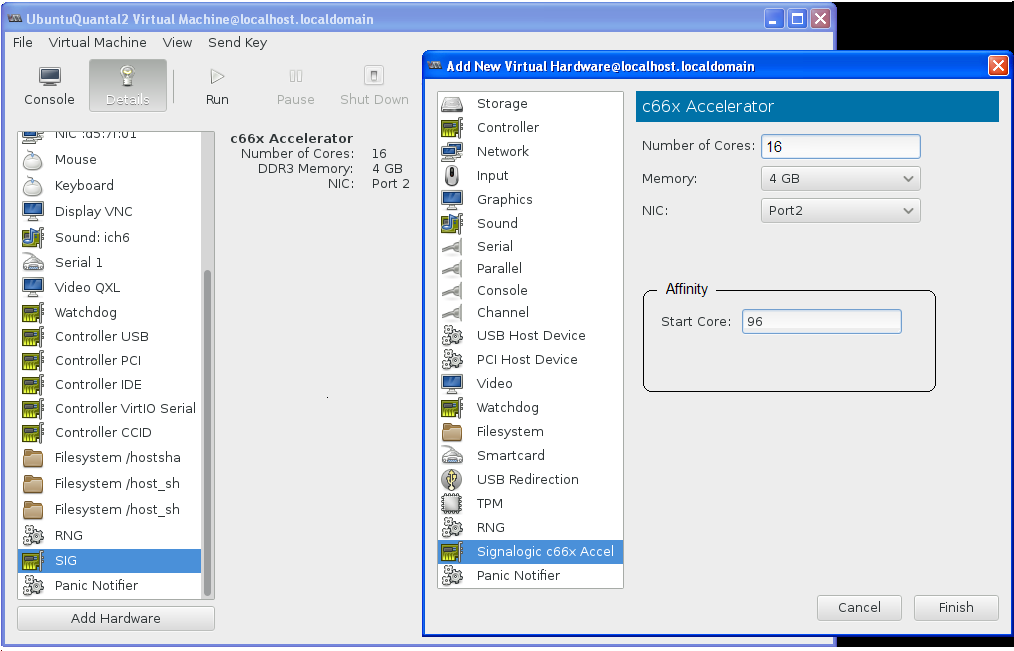 c66x core allocation is transparent to the number of PCIe cards installed in the system; just like installing memory DIMMs of different sizes, c66x cards can be mixed and matched.